New highlights for the days and nights

In just eight weeks, the Surf World Cup will take place for the first time in Neusiedl am See from 28 April to 7 May. In addition to the new venue, 14 more premieres await the visitors. New sporting formats, the Captains Beach with a singer / songwriter festival, the Icecream Festival, the "wave" at the playground, the party boat at the lake, the "resurrection" of the PODO bar and a largerfamily area are the innovations in the daytime. The evening area has a total of six floors. Participants, the top Partners of the organizers and the Vienna locals get their own regional floor. 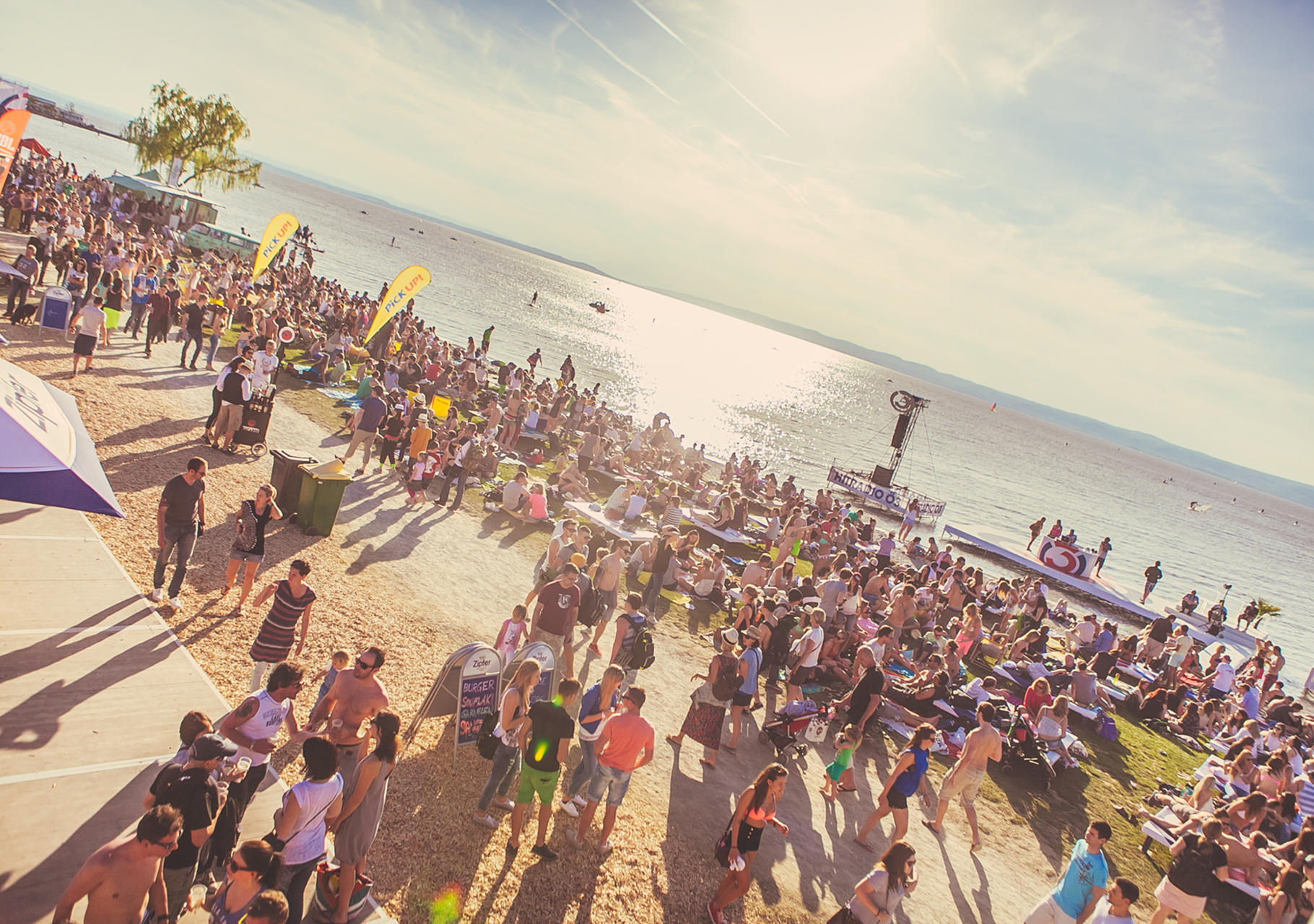 The change from a small place to the district capital Neusiedl is no longer a secret. The Surf World Cup gets a new home on Lake Neusiedl. Better accessibility, shorter journey, more space, a versatile offer in the vicinity - these were the main arguments for the move. The Surf World Cup in the most beautiful beach on the lake and the Mole West offers many new features for the visitors this year.

Premieres at the daytime In sports this year, even a Championship Victory could be celebrated in Austria. The new IFCA Grand Prix series will bring a whole new format to the lake and will certainly make you want more. In addition to the first official Hydro Foiling Contest, Slalom (Marco Lang AUT-66) and Freestyle are also on the agenda at the Surf World Cup. The popular Tow-In contest is even more spectacular by using a counter wave generated by a boat. The action will be full ON 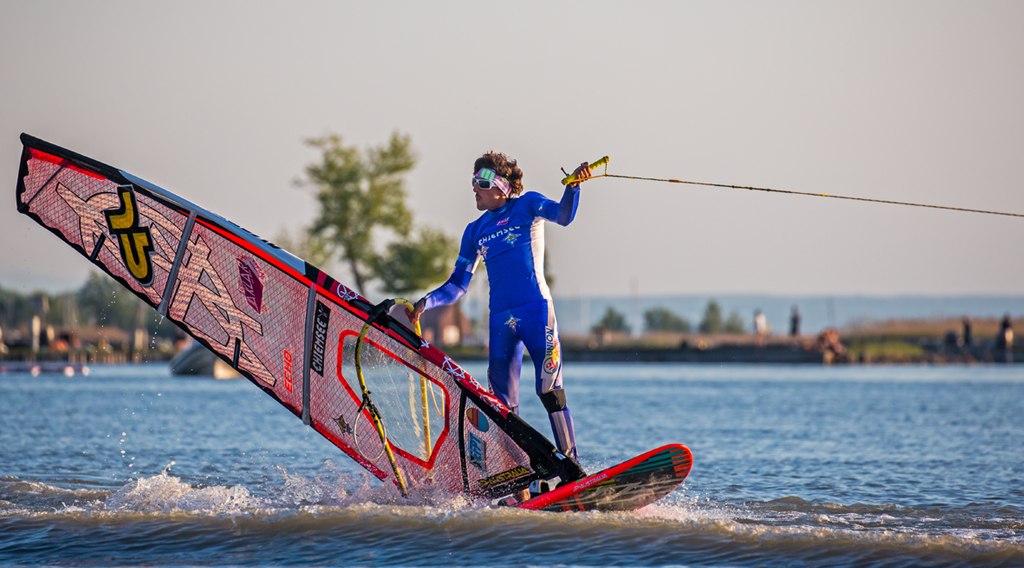 But this is not enough: the Seaside Unplugged Festival is celebrating its return on the day's day: 25 bands provide a relaxing atmosphere right on the beach. The Vienna Ice Cream Festival brings a variety of ice to the lake, which has not yet existed. The kids' area in the seaside resort of Neusiedl is an incentive for families. In addition to the permanently installed highlights such as the Kids Pool with water slide and the children's playground, the area is enhanced by a "children's landscape" with different bouncy castles and a Ferris wheel. And for free admission for children up to 13 years. Known for the skaters already and popular: the playground. This will be an attraction more attractive this year:
"The Wave" celebrates the premiere of Austria and will be booked for the first time. In this installation, the feeling of wave-throwing on the skateboard is perfectly imitated. In addition, new, big obstacles will make the playground a perfect "playground" for skaters, scooters and the like. Additional beach bars right on the shore provide the right ambiance to feel like on a short break and to gain strength for the evening. For those who are already in the midst of the day during the day, the partydampfer drops off directly at the Mole West twice a day.  Premieres on the evening The Night park has also found its new place, just like the day-to-day terrain. On the new night park, next to the motorway, a huge festival area with six covered floors is being built. The two floors Casa BACARDÍ and DESPERADOS Party house are getting a lot of competition. Through new partnerships with the Chaya Fuera, the Rock in Vienna or the office closing, further top clubs from Vienna will be represented with a floor. The musical experience ranges from Rock, Party hits, Electro, Disco to Hip Hop and R'n'B. Not to be missed is the regional floor realized by DJ TYO and Toni's Martinskeller's team.  Floors in the evening Casa BACARDÍ powered by KRONEHIT Desperados Party House hosted by Club Passage Eristoff Floor hosted by Chaya Fuera Schlumberger Ice Floor hosted by Vienna Office Jack Daniel's Rock Floor hosted by Rock in Vienna powered by 88.6 Good Life Club with DJ TYO & Friends and Toni's Martinskeller 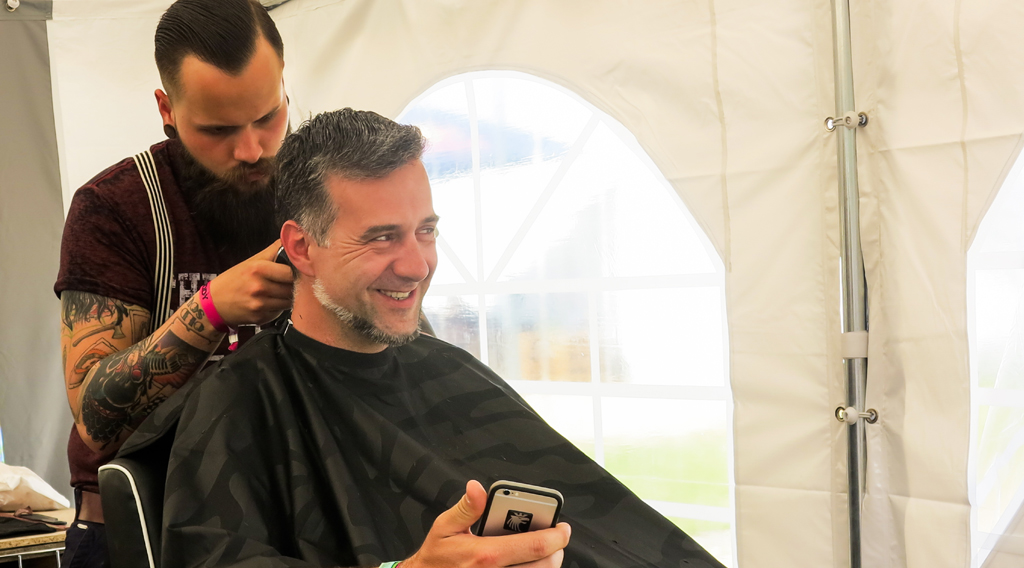 Mike Pietchura, CEO of KGP Events:
I am impressed by the new set-up: "It gets even bigger, even more varied, even more shrill - even cooler! Our guests will not be able to escape! On every corner of the site, you will discover and experience something new. I come from windsurfing, there we always talked about the 'Overall Impression', that is, the total impression a rider leaves behind after his show off. In Neusiedl am See, the overall impression can only be one: absolute world class! We are already looking forward to the event. "  Easy access by ÖBB. With the "Einfach Raus" ticket it is already about sensational EUR 45, - for 5 persons from all over Austria to the Surf Worldcup to Neusiedl am See.  Printable photos, current press texts and the possibility of accreditation can be found at www.surfworldcup.at/presse/ Password: swcpresse  SURF WORLDCUP
2017 - FACTS:
Location: Neusiedl am See / Neusiedler See / Burgenland
Date: 28 April to 7 May 2017
Website: www.surfworldcup.at
Facebook: www.facebook.com/surfworldcup
IFCA Grand Prix Serie
Slalom: 28. April bis 01. Mai 2017
Foiling: 28. April bis 01. Mai 2017
Freestyle: 04. bis 07. Mai 2017
CHIEMSEE Tow-In Contest: 05., 06., 07. Mai
Website:http://gp-austria.ifcaclass.com/
Facebook: www.facebook.com/FunboardClass
SURF WORLDCUP PARTYS
Sa., 29. April: Big Opening
So., 30. April: Surf Circus
Fr., 05. Mai: Beach Party
Sa., 06. Mai: Grande Finale
Infos und Tickets gibt es auf www.surfworldcup.at
Presserückfragen: Mag. (FH) Carina Trachta, MBA
E-Mail: carina.trachta@kgp-events.at
Tel.: +43 664 2067422
Veranstalter:
KGP Events GmbH
1180 Wien, Schindlergasse 17/2
www.kgp-events.at